Brewtonic @ The Big Grill – Round Up

Brewtonic @ The Big Grill – Round Up

We had an absolute belter of a weekend over at The Big Grill, so much so that we refuse to believe it’s over 😭There was plenty to pack into the 4 days in Herbert Park, from chilli eating contests and butchery demos, to sampling some of the best BBQ and hanging out with Mario Portella – it’s a tough job but someone’s gotta do it!

This year, we were over in the Irish Craft Beer section alongside our pals from Hopfully Brewing. It took blood, sweat and beers to get the Brewtonic bar ship-shape for the weekend, and we eventually had everything looking great for the crowds that descended on Thursday afternoon. 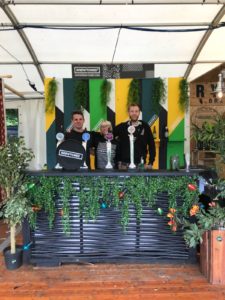 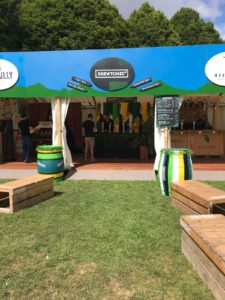 The star of the show for us was the IPA Colada (BTW, if you have a great idea for a new name for the cocktail let us know below!) which is a deliciously tropical blend of the ever popular Relax The Cacks IPA, Absinthe and pineapple juice 🍍 Elsewhere we were enjoying Graciosa from Hopfully Brewing and Mint, Lime & Matcha sour from the guys at White Hag.

Food wise we chowed down on the finest barbecue chicken with pickled cauliflower and whole roast lamb with blackened sweet potatoes from Fowl Play. Word to the wise, the sweet potatoes were probably the best we’ve ever had, more of those please! 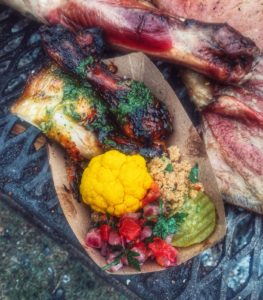 Elsewhere we had unreal corn on the cob from Jess Murphy at Kai. She finished the corn with Young Buck ranch dressing and furikake; and to finish there was some of the finest brisket we’ve ever had from the man himself Dave Carter at Smokestak. 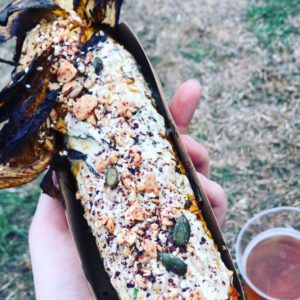 A weekend filled with glorious brews and barbecue, it’s safe to say we were very happy by Sunday evening!