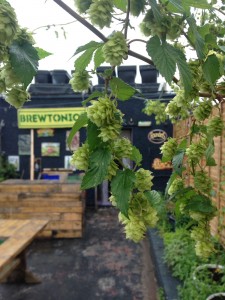 This weekend brings the culmination to year one of The Social Hops Project and with it, its first harvest ale. Over the past 7 months, growers from around the country have planted, nurtured, trimmed, fed, pampered and picked the hops that have gone into this ‘wet-hop beer’. The brainchild of  Urban Farm’s Andrew Douglas, Social Hop Project brought together ourselves, Rascals Brewing and numerous beer loving hop growers from the Dublin & Kilkenny area. The beer is launching in The Square Ball this Saturday 8th October at 6pm. 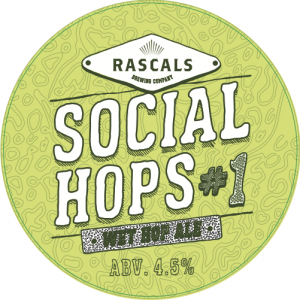 Early March was the first wave of meet-ups and saw Andrew handing out “starter packs”. These packs contained fertilizer, twine to train the plant and the rhizome (root) of the plant itself. Hop plants are notoriously difficult to plant from seed so rhizomes were provided, this also meant no gender issues (the female is the cone bearing gender). Growers were given instructions for planting and went off on their way. It was at this time that our rooftop plants were potted with a healthy dose of Guanokalong (bat shit) in the soil to pack in the nutrients. 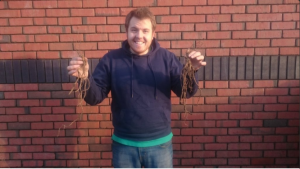 Our next meet-up was around the 6 week mark to coincide with the trimming back of the shoots. Known as ‘Poor Man’s Asparagus’ these shoots are a delicacy in parts of Europe and can go for as much as €1000 per kg. Growers came with their shoots and were treated to some hop topped pizza as well as our first beer and sodas brewed in the bunker. It provided a great opportunity for people to mingle and share growing tips as well as some well earned tipples. 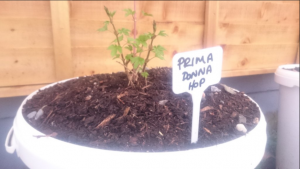 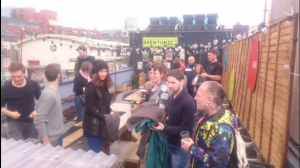 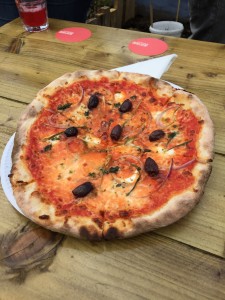 The following month saw a tremendous growth spurt in the plants. Due to our tight space we went for the dwarf Prima Donna variety of hop. These grow to about half the size of most others like Cascade, which was grown by some with ample space outside Dublin. Over 3 weeks the plants went from just a few centimetres to around a metre and a half. Consistent watering, some fine long summer sunshine and the odd dose of bat shit meant for some healthy growth. 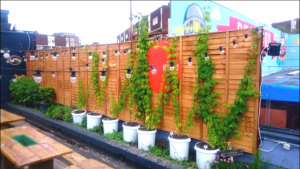 Fast forward to early August and the first signs of the cones beginning to form on some plants. Hop plants reach maturity after year 3 and as such, not all growers were greeted with cones which can be quite frustrating. Happily our rooftop plants were bearing cones and after a final dose of bat shit, got the last boost they needed to fully fruit and be ready for harvest come mid September. 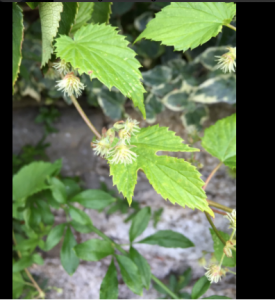 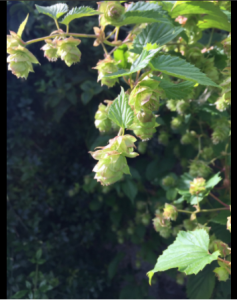 September 17th & 18th to be precise. Harvest collections were held in Brewery Corner in Kilkenny and The Bernard Shaw balcony respectively. Despite some pretty nasty weather and an all Ireland final to contend with, we managed to bring together enough hop cones to deliver to Rascals to brew this wet-hop beer. Freshness is a key element to consider as it’s less than 3 weeks from hop harvest to the beer being poured. 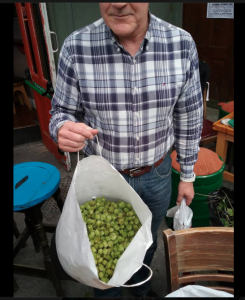 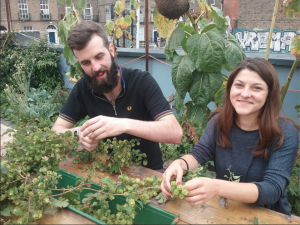 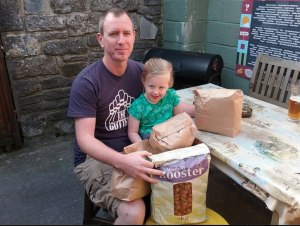 The beer itself is an ‘All Irish’ Blonde Ale consisting of Irish grains and our wet hops. Some supplemental hops were added for bittering with all of the wet hops added late to the boil for aroma and flavour. We’ve yet to sample the beer but we’ve been told it’s tasting great by Cathal and Emma in Rascals. They have described it as “a little bit of sweet with some of the fresh hop aroma”. 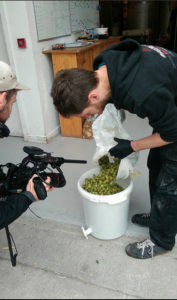 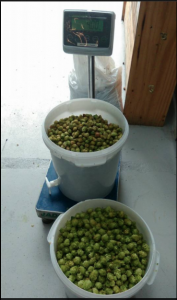 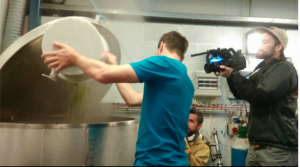 A big thanks must be given to Andrew at Urban Farm for putting this whole project together. Cathal and Emma for brewing the beer. Thanks to all the growers who made it along to our meet-ups in Brewtonic HQ. Looking forward to another 2 years of the project. 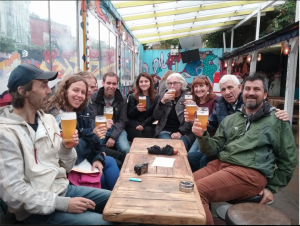 Check out the photo gallery below which chronicles the journey from start to finish.